When an individual is charged with a weapons crime, especially a charge involving the illegal use of a firearm, it is important that you hire an experienced and skilled criminal defense attorney who will ensure that all of your rights are protected and who knows exactly how to attack the charges against you.

A conviction on a weapons charge can have a devastating effect on a person’s life. You could be facing    life-altering criminal penalties that could adversely impact your future. When you have a weapons conviction on your criminal record it can be extremely difficult for you to get employment, housing, as well as education opportunities. 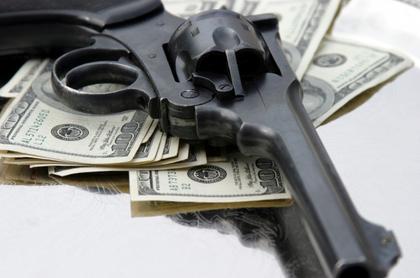 As well, if the individual has a prior criminal history, and if the person being charged has previous drug convictions, it is possible that the criminal charges could possibly be enhanced. Any person who is convicted of a criminal charge involving drugs could be sentenced to jail or prison time, fines, probation, community service, driver’s license suspension, court ordered treatment programs and other ramifications. If an individual is convicted of a drug related charge the person's conviction will show up on their criminal record, which is public record and accessible to anyone. Once an individual receives a conviction for a drug offense on their criminal record, it can be extremely difficult for them to be able to obtain employment, housing, and education opportunities. A conviction for drug crimes in Texas carry harsh penalties, including steep fines and lengthy prison sentences. Below are some controlled substance classification and penalty level charts. 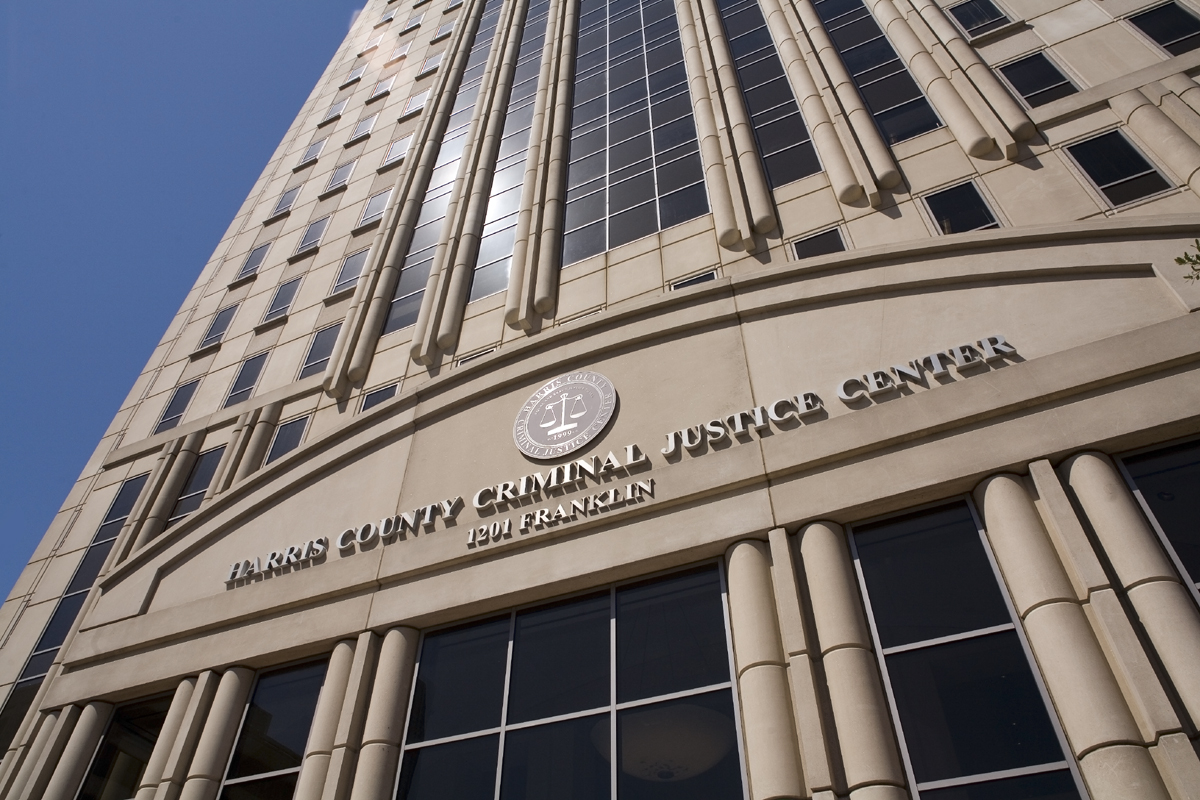 The reason why such a vast punishment ranges exists is due to the fact there are different levels of crimes based on the type of substance possessed and the possession amount. There can be aggravating factors that could enhance the potential punishment range one may be facing. The law for simply possessing a controlled substance is greatly different compared to an individual charged with manufacturing, delivery, or intent to deliver controlled substance. Past criminal history could also have the effect of enhancing a charged individual’s ultimate punishment range they may be facing. The Texas Health & Safety Code can be overwhelming on complicated Code to try and make sense of. The law firm Estrada Reed, P.L.L.C. would like to see if we can walk you through this complicated and frustrating process. Our goal with every single client we have the privilege of serving is to ensure all of your rights guaranteed by the Texas and Constitution of the United States of America are protected. Let us fight for you today. Call for an absolutely constitution today. In an effort to attempt to make The Texas Health & Safety Code controlled substances/drug categorization system easier to understand which different controlled substances/drugs into what are called, “penalty groups.” Penalty group contains of a group of drugs similar in compound/chemical to all the other.

Common penalty group 1 narcotics consist of, but are not limited to:
• Cocaine

Common penalty group 1-A drugs include:

Common penalty group 2 drugs include, but are not limited to:

Common penalty group 3 drugs include, but are not limited to: 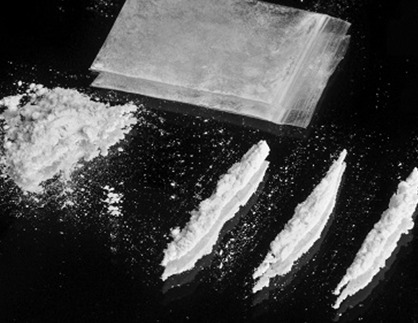 • First Offense: Fine not to exceed $2,000 and/or the possibility of serving jail time from three days to 180 days, as well as a driver's license suspension of 90 to 365 days. This offense is categorized as a Class B Misdemeanor.

• Second Offense: Fine not more than $4,000 and/or jail from 30 days to one year, as well as a possible driver's license suspension ranging from 180 days to two years. This offense is categorized as Class A Misdemeanor.

• Third Offense: Fine of up to $10,000 and/or 2 to 10 years of imprisonment, as well as a suspension of your driver's license that could last from 180 days up to 2 years. This offense is categorized as a 3rd Degree Felony.

• DWI with Child Passenger under 15 years old. This offense is categorized as a State Jail Felony with a punishment range of 180 days to 2 years in State Jail and a fine not to exceed $10,000. 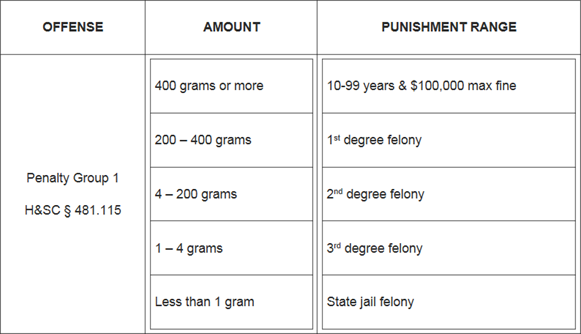 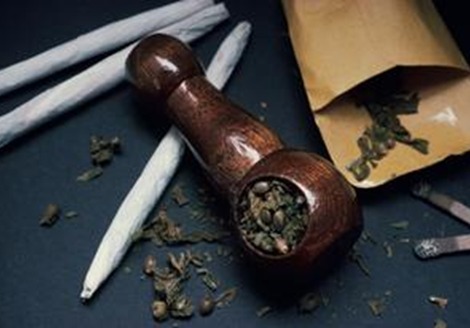 An individual commits the offense of assault if that person intentionally, knowingly, or recklessly causes or threatens bodily injury to another. An assault can be classified in two ways; assault and aggravated assault.

Assault is a misdemeanor offense unless the victim is a public servant or a family member and the person charged has previously been convicted of assault. In these types of cases, the offense is classified as a felony.

Aggressive Experienced Attorneys When You Need Them the Most

• Unlawful carrying of a weapon

• Unlawful possession of a firearm

• Making a firearm accessible to a child 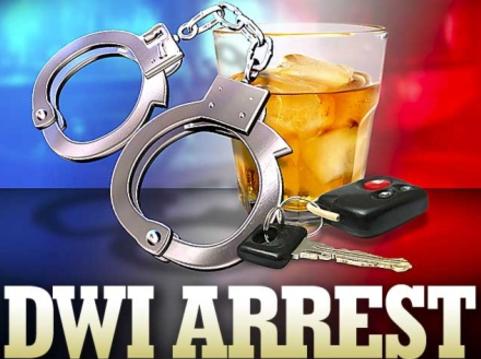 If you are convicted of the offense of Driving While Intoxicated in Texas, the range of potential consequences you may receive include:

• The loss of driving privileges for extended periods of time

• A DPS driver’s license minimum surcharge of $3,000 on your driving record

• Up to ten years in prison for third offense 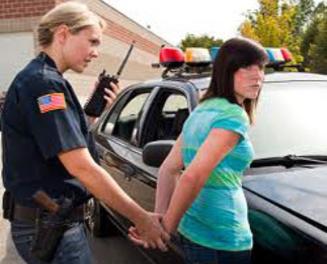 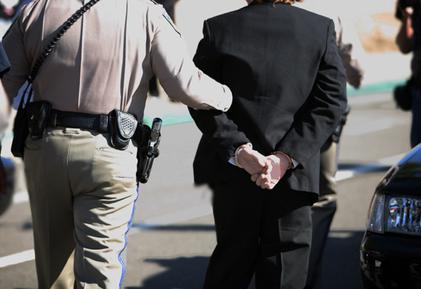 Estrada Reed, P.L.L.C. has a diverse criminal defense practice, and prides itself on being able to provide each client they serve with the highest quality criminal defense no matter what crime they may be facing. Jessica R. Estrada and James Reed have extensive experience handling criminal cases ranging from Class B Misdemeanors to First Degree Felonies. One of the many advantages Estrada Reed, P.L.L.C. has over other criminal defense firms is their vast experience in handling an extremely wide variety of criminal charges. They handle more common criminal charges including assaults, driving while intoxicated, possession of marijuana, possession of a controlled substances, theft, prostitution, sexually oriented business violations, weapons charges and others. Estrada Reed, P.L.L.C. also handles less common and more complex criminal charges including murder, sexual assault, intoxication manslaughter, fraud, white collar crimes and others.

Below you will find useful information on a variety of criminal offenses you or a loved one may be facing. Call today for a free consultation and sit down with us and see if we can serve you and fight for you. 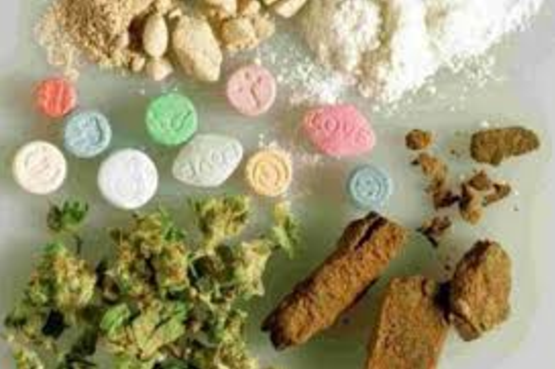 Domestic Violence, which can also be referred to as assault family member, is physical, mental, or emotional violence that occurs within a family setting. Assault family member occurs between spouses, co-habitants, parents, children, and siblings.

An individual commits an offense if that person intentionally or knowingly possesses, manufactures, transports, repairs, or sells: an explosive weapon, a machine gun, a short-barrel firearm, a firearm silencer, a switchblade knife, knuckles, armor-piercing ammunition, a chemical dispensing device, or a zip gun.

A prohibited weapon charge can be classified as either a misdemeanor or felony offense. The charge’s classification will depend on the specific type of weapon, type of crime committed, if anyone sustained bodily injury, the degree of the person's injuries, whether the accused has a prior criminal record, as well as if the accused has previous other weapons convictions.