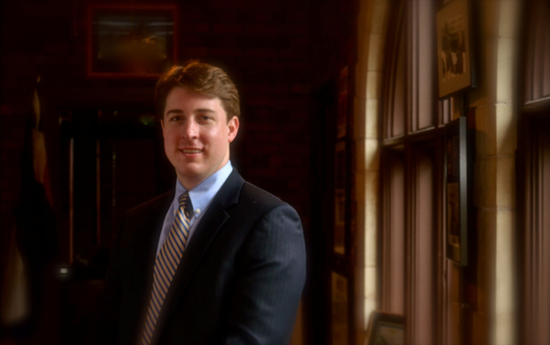 James Lawton Reed III was born and raised in Houston, Texas. He graduated from Memorial High School. His younger brother, Charles, graduated from Rice University and is currently a teacher and coach at Second Baptist High School in Houston. His mother, Mary, is a World Geography teacher at Memorial High School in Houston. James’ father, Jim, is an attorney in Houston at the law firm of Gray Reed & McGraw, P.C. James is a native son of Texas, and has firmly rooted and deep connections to the Houston, Harris County and outlying Texas communities.

James attended Baylor University in Waco, Texas, and graduated in 2006 with a B.A. in Economics. James participated in the Baylor in Great Britain program and studied at the prestigious London School of Economics in London, England. After obtaining his B.A. in Economics, James attended Baylor Law School as well as the Baylor University M.B.A. Program at the Hankamer School of Business in Waco, Texas. Baylor Law School is highly regarded for its rigorous litigation based curriculum, and consistently turning out top trial lawyers. James graduated from Baylor Law School with a J.D. and from the M.B.A. program with an M.B.A. While obtaining his dual graduate degrees James attended Baylor University in Guadalajara and studied at the prestigious Universidad de Guadalajara (University of Guadalajara, Mexico.)

After receiving his three degrees James returned to Houston and started working at The Harris County District Attorney’s Office as an Assistant District Attorney. During his time as a prosecutor James gained experience at both the Misdemeanor and Felony levels, as well as Justice of the Peace and Juvenile Courts. During James' tenure as an Assistant District Attorney he was in the trial Bureau the entire time. He has successfully tried a wide variety of cases ranging from minor drug possession and D.W.I. cases to murder trials. James rose to the level of Court Chief before he left the District Attorney’s Office to join the criminal defense law firm Trichter & Murphy, P.C. located in Houston, Texas. While at Trichter & Murphy, P.C. James specialized in the criminal defense of Driving While Intoxicated cases. After gaining valuable experience and knowledge from his time at Trichter & Murphy, P.C., James left and joined the law firm of Estrada Reed, P.L.L.C. where he is currently employed. James has a diverse background in both criminal and civil law, especially litigation and trial work. James would be happy to sit down with you today for an absolutely free consultation to see if he can help you in anyway. Call Today.